Water filter pitchers have become a very popular item in many households. These devices are designed to sit in a refrigerator and typically feature a charcoal filter which is reputed to remove chlorine residue and metals from tap water. These pitchers are available in grocery stores, online and in big box stores. Unfortunately, despite being very popular, even brand name low cost water filter pitchers are not very effective, and in some cases can actually add contaminants to the water. 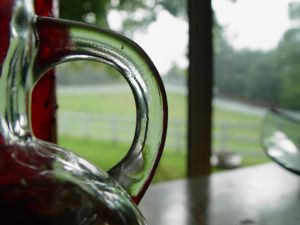 The Theory of the Water Filter Pitcher Design:

The design of a typical water filter pitcher is relatively simple. Water is poured into the top section which allows the water to pass through a charcoal filter into a reservoir. The pitcher can then be stored in your refrigerator to provide fresh filtered, cool and contaminant free water.

Unfortunately, this is not necessarily the case, most filter pitchers only remove a few metals, generally copper, cadmium, lead and mercury, and chlorine residues. In many cases, the pitchers don’t effectively remove traces of lead and do not have the ability to remove pharmaceutical residue, parasites, viruses, bacteria or pesticides.

The research also found that some water pitcher filters can actually introduce bacteria into drinking water. Since the charcoal filter is seated directly in the water reservoir for long periods it can allow a biofilm of microorganisms to build up. This principle is used to create a colony of healthy microorganisms in aquariums, but what it healthy for your fish tank is not necessarily advisable for drinking.

Back in 1996, a research study conducted in Germany found that a water pitcher can actually increase the bacterial count in drinking water compared to unfiltered tap water. In some cases, the bacterial count was 10,000 times greater than the tap water samples. This lead to the team recommending that if you have a compromised immune system you should boil your pitcher filtered drinking water.

Other Issues With Filter Pitchers:

If you are not concerned about adding bacteria or removing all of the potentially harmful contaminants in drinking water, you may see a pitcher as a cheap and convenient filtration system. However, while many manufacturers make these claims, this is not always the case. While the replacement filters are generally cheap, many pitchers are not actually that convenient, as while the pitcher can be stored in the refrigerator it can take between thirty to sixty minutes to filter a pitcher of water. This can be drunk in less than five minutes by a family of four. This means that you could be waiting up to an hour for another drink. Additionally, you can only use the pitcher for drinking water, so the water used for washing dishes or clothes, bathing or cooking is still straight from the faucet.

Fortunately, there are more effective options available for domestic customers. There are a number of whole house systems which can not only remove chlorine residue and trace metals but pharmaceutical contaminants, microorganisms, organic and chemical compounds. This can ensure that you have healthy safe drinking water whenever you need it.

Greg Scott is President of Valparaiso based Miracle/EcoWater Systems, the premier water conditioning company in Northwest Indiana serving the Lake, Porter and LaPorte County areas.  A 3rd generation water treatment professional, Greg grew up in the family owned business  started by his grandfather in the late fifties.  He has made water treatment his life and under his direction and high-standards, the company’s water treatment experience, knowledge, and products are unrivaled in region.